Angular and LWC is used to build a single page application (SPA). you are a front end developer or UI lover then this article will useful for you.

History Of Angular And LWC

LWC means Lightning Web Component. It’s developed by salesforce. Initially, Salesforce created this LWC to build a Salesforce-based application. you know Salesforce is one of the great SaaS experts. Finally, we got an Opensource framework from salesforce. Now salesforce officially announced LWC opensource.

Learning Material: Both have great resources on the web. you can kick start your learning today itself.

Community Support:  Developers community provide great support for your complex business problem. Angular has a great developer community. LWC is new to the web. so you need to take decision :p 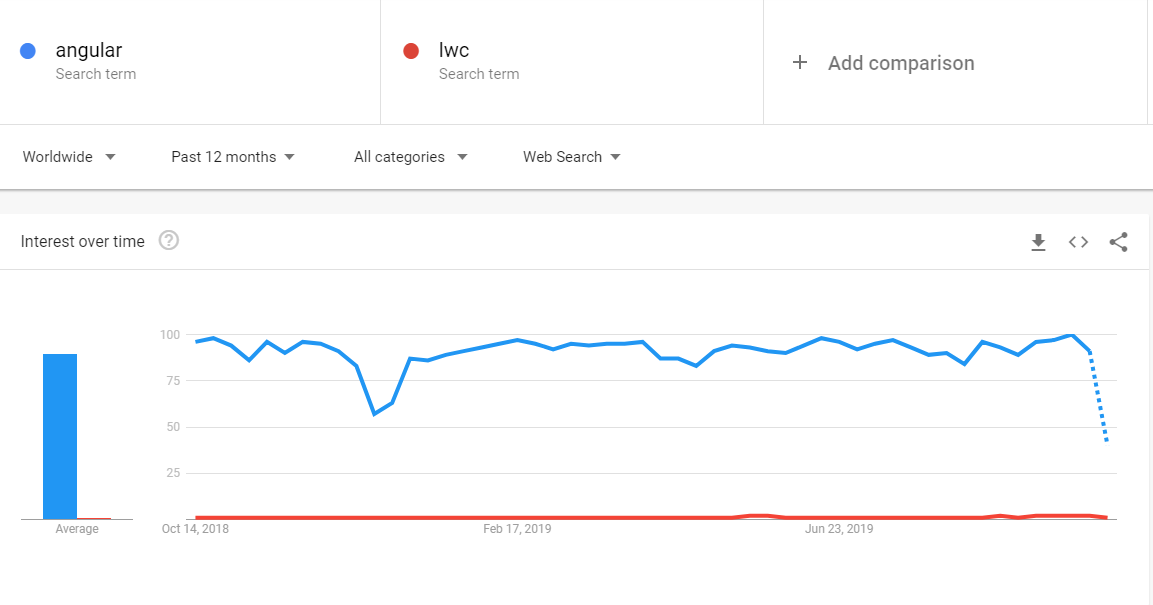 Angular one the most popular framework compared with LWC. I’m telling you based on google search statistics.

Conclusion: Angular and LWC are common to all because both frameworks are opensource. if you gonna choose angular means that’s fine. whether you are working with salesforce products  LWC is a great choice for you 😀

Kumaresan2 weeks ago3 days ago 0